This is the second album from OYASABA.
AfroCentaur is the soundtrack for the upcoming film THE RETURN OF BLACK SHAMUS, a MANNING-OSBORNE PRODUCTION.
Photos by Tyrone Brown-Osborne.
Full layout is featured in PORTFOLIO.
COPYRIGHT 2013 by Rhasaan Oyasaba Manning.
ALL RIGHTS RESERVED.

CD’s (with 8 page full-color booklet) are available here on OYASABA.com at:

THE RETURN OF BLACK SHAMUS is inspired at once by the archetypes of Film Noir and Blaxploitation. Black Shamus is a man imprisoned for crimes he did not commit. It is an old tale in many ways, which is also a recurring nightmare of mine. This negative fantasy has pushed me to take great care in choosing my friends and lovers, and in deciding which members of my family I associate with. The resulting fiction addresses many of my primal fears: the fear of surveillance in general which connects to fear of the Panopticon as described by Foucault in DISCIPLINE & PUNISH, The Birth of the Prison; the fear of being followed in particular; the fear of the police state, the FBI, CIA in general, and the NYPD in particular; the fear of an unknown evil double, or doppelganger, who may want to be the only version of me, thereby needing to negate me; the fear of finding a life partner and starting a family only to lose them in a violent fatal tragedy; the fear of guns and gunplay; the fear of being driven to seek revenge; the fear of taking a life; the fear of losing it all (whatever the “all” is), and starting all over – again.

Black Shamus goes through a series of tragic events as a means to address my obsession with duality, inversion, nihilism, self-destruction, and the struggle for freedom from all these things, which is the only choice. Shamus must contend with his own sense of self, as well as the villain, aforementioned evil other, the diabolical double. Yet, the villain is the same man. This story is meant to serve as an allegory, a metaphor. A man must destroy a part or parts of himself, if not himself entirely in order to transgress the present reality, in order to move forward. Black Shamus is a hero/anti-hero. In reality, the battle (inner) to learn, grow, change, love, understand, appreciate, and express anger, in short, to be a man, is a lonely voyage. Another goal of presenting the fiction of Black Shamus is to construct a man who fits in the world Raymond Chandler described in his essay “The Simple Act of Murder”:

The story is this man’s adventure in search of a hidden truth, and it would be no adventure if it did not happen to a man fit for adventure. He has a range of awareness that startles you, but it belongs to him by right, because it belongs to the world he lives in. If there were enough like him, the world would be a very safe place to live in, without becoming too dull to be worth living in….

In the last scene Black Shamus sits on the pier after having murdered his double in retaliation for the deaths of his wife and child, contemplating his next move. He remembers first meeting his wife. He was a struggling American artist in search of a muse during a residency in Paris. The beginning of their love was a passionate test of wills that gradually developed into a mutual respect, and later a small family. She battled addiction as he battled to find his own identity beyond the limits of their love. Now she and their child are gone. His war has just begun. This is but the first chapter of his quest, his saga.

This is the artwork from OYASABA’s second album entitled AfroCentaur, available here on OYASABA.com at: 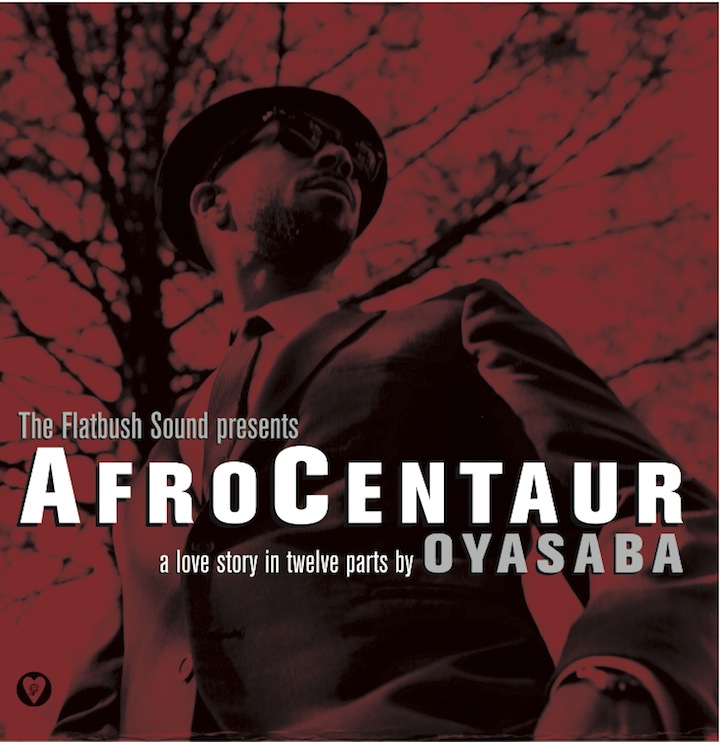 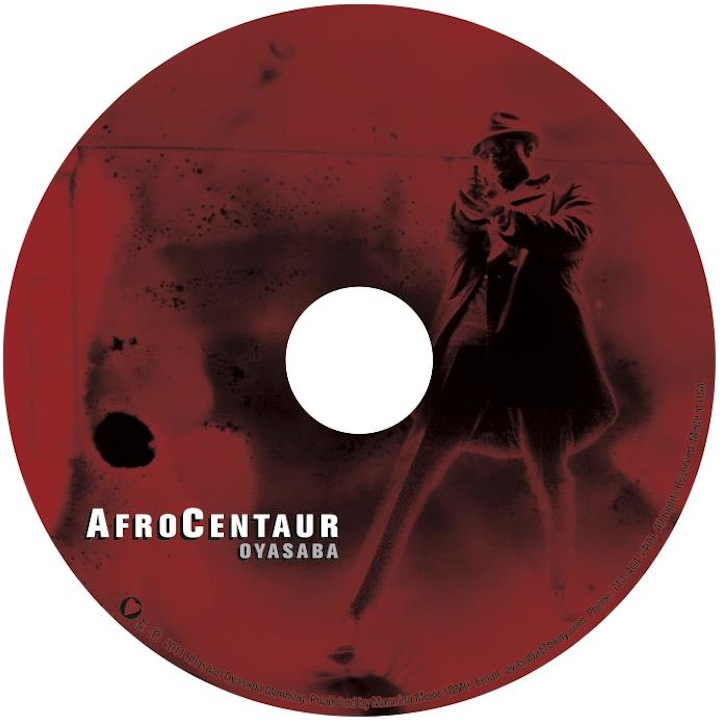 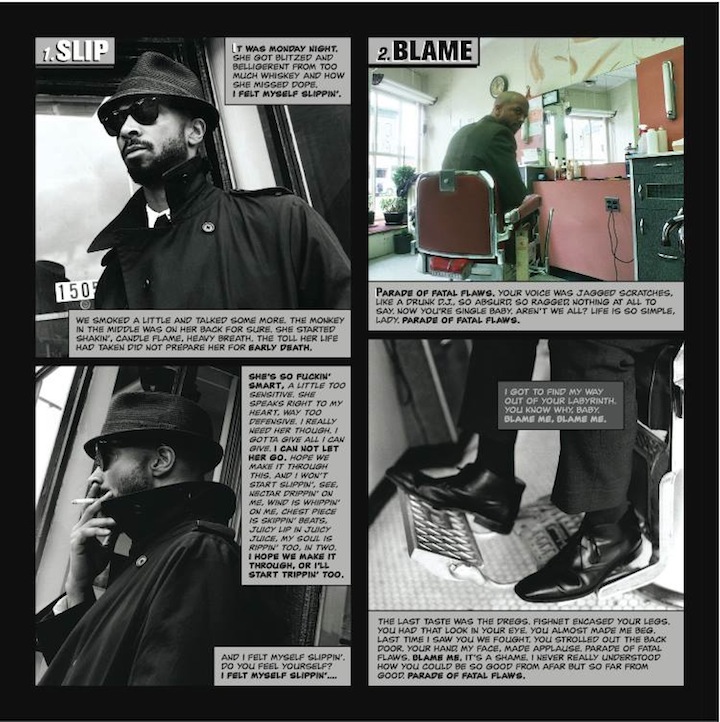 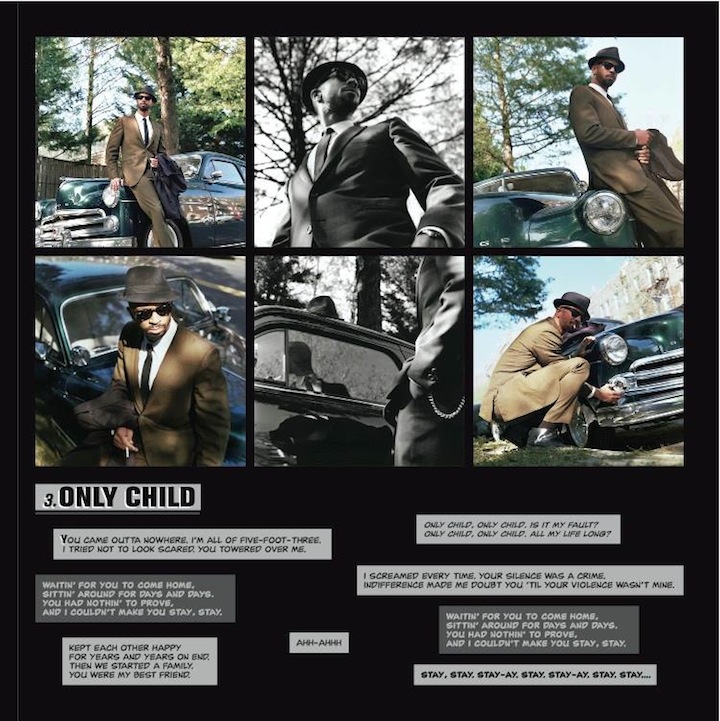 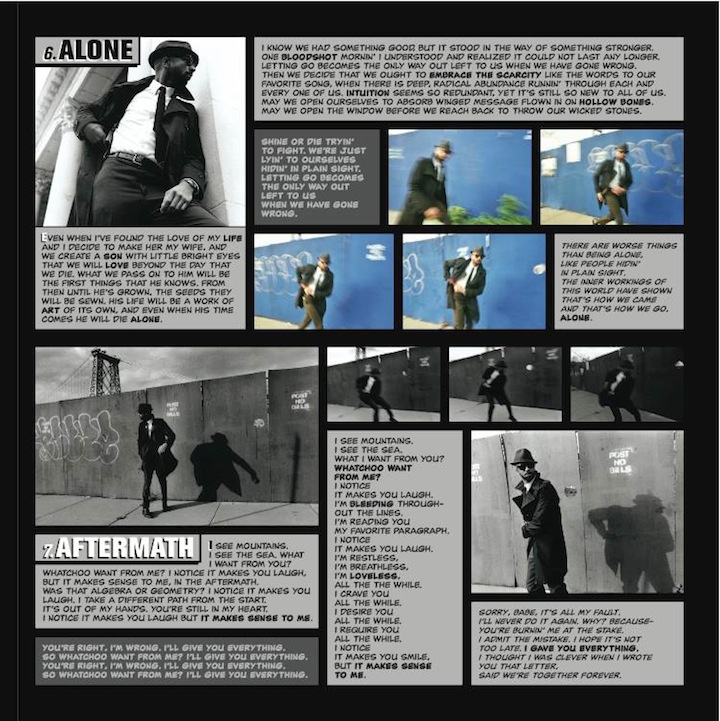 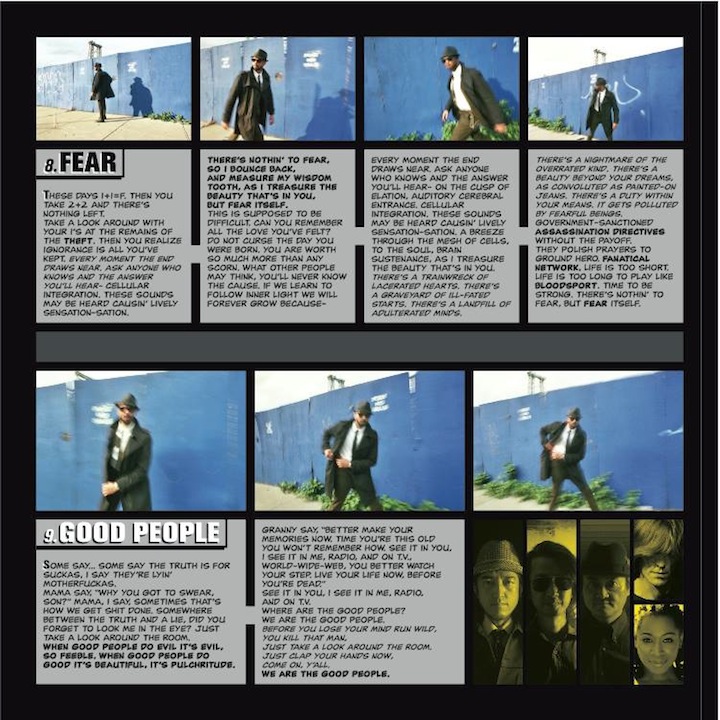 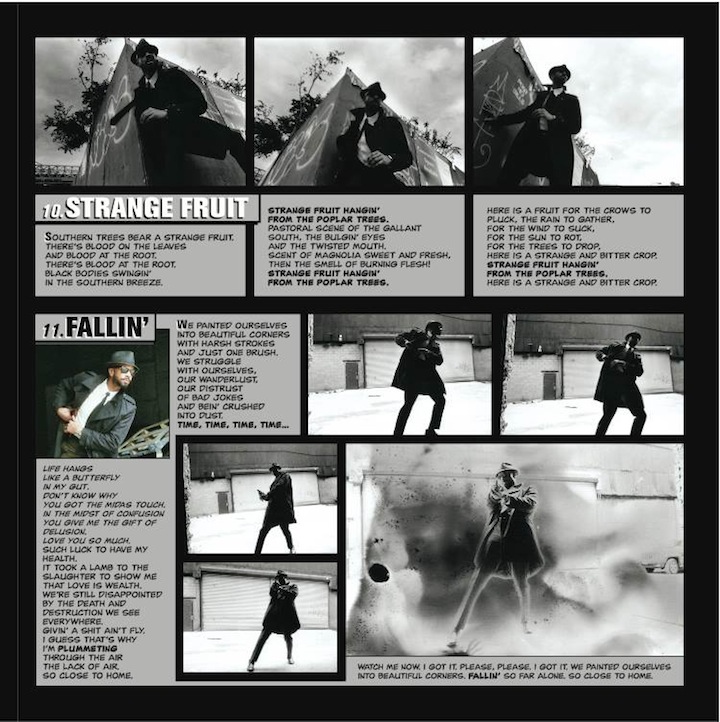 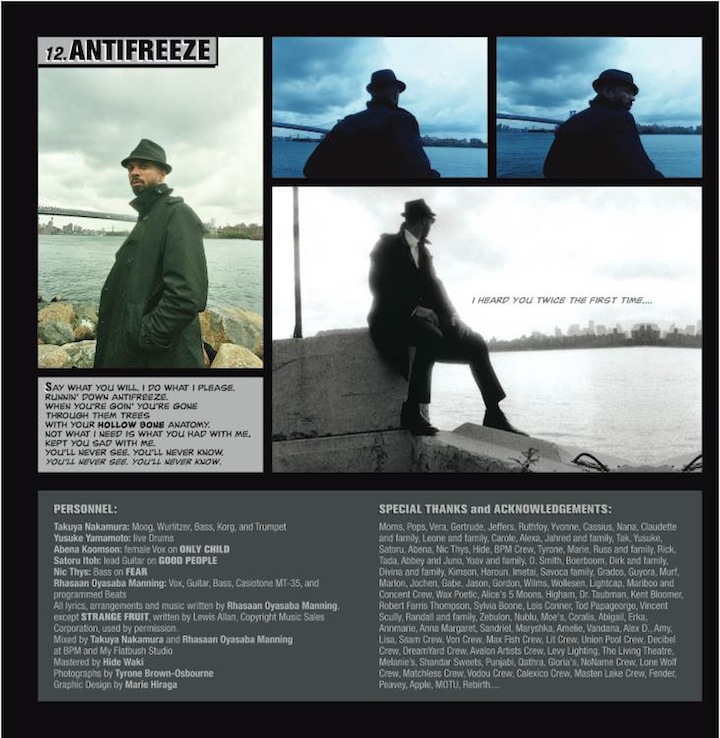 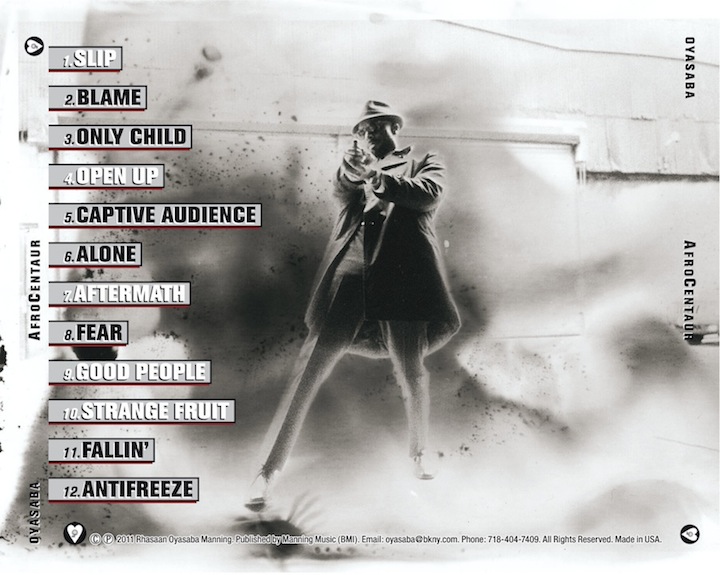